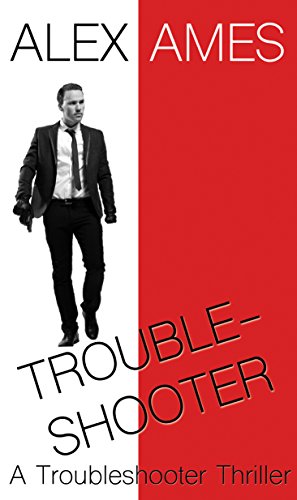 about this book: I was raised with some of the great 60ies and 70ies spy and adventure writers under my pillow. Our hero in "Troubleshooter", Paul Trouble, is a result of this upbringing; a thriller old style in the likes of Peter O'Donnell, Hammond Innes, or Gavin Lyall. Ex-elite-soldier and ex-secret agent, injured and retired from duty in his thirties, picking up the pieces of a private live. To be drawn into adventures again even when he picked the most boring job he could think of: accountant.

"Troubleshooter" is the first in a series of corporate thrillers where the playing field is not the political spy arena but the criminal underbelly of a multinational corporation. But Paul's former skills we be tested every time.

From the book cover:

All he wanted was a regular job...

Paul Trouble may not hold the most exciting job in the world as a pencil pusher and finance controller in Strom Industries' Mergers and Acquisition department. But for the former elite soldier and CIA spy, still mentally recovering from the injury that forced him out of the spy-game, this is his shot at a normal life in a normal job with normal problems.

Until his boss asks Paul to investigate the mystery of one hundred million dollars missing. The plan is simple: Ask a few questions, make people nervous, and see what happens.

Turning into a deadly cat and mouse game...

What first looks like an inside job soon turns into murder and mayhem where pencil and stapler are exchanged with knives and bullets, giving a literal meaning to the term "troubleshooter."