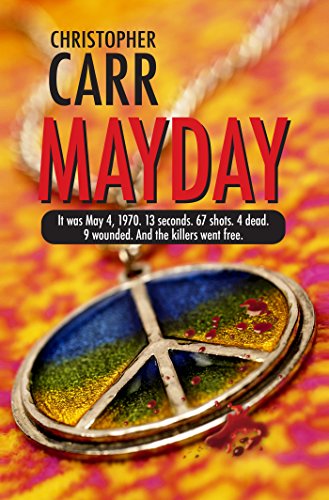 Special Agent Skyelar Blu — a weapons and martial arts expert — is assigned to the case. She discovers that her reclusive father was a Sergeant in the Guard unit that made history when soldiers fired their weapons into a crowd of unsuspecting Kent State University students. It's uncovered that the men being killed were once members of this unit, as well as agitators from the SDS (Students for a Democratic Society).

Why is someone killing these men? Is it insanity...revenge...or something deeper? Is Skye's father the prime suspect or is he the key to finding the killer?

Now Skyelar must catch the killer and unwrap the mystery surrounding her father and the murders.

Dear readers: I believe this book will give you some insight to this historic event. Although it's fiction, it is based around the actual event and a rumor that swirled around it, but was never proven. I wanted to get into the psyche of the man that pulled the trigger first and how that event may have effected his life.

I was inspired to write this book becasue in 1970, I was actually a student at Kent State University and stood less than 100 yards from the Ohio National Guard soldiers when they opened fire.

I wrote the screenplay first and then the novel. The entire process took me over two years.

The books title, MAYDAY, was the logical choice. The even happen on May 4, 1970 and "Mayday" is an international distress signal.

I actually created the cover. The bloody peace sign symbolizes the outcome of that day and is also one a reoccurring symbol/clue throughout the novel.

The hardest part of writing this book was reliving the event over and over in my head. I did a lot of research and learned a lot about the events that transpired in the years that followed. To the families and love ones, mostly.

I hope you will read MAYDAY. For those of you in my age range it will bring back memories of those days. For the rest of you, I hope you will learn a little about a tragic event that I pray will never be repeated.