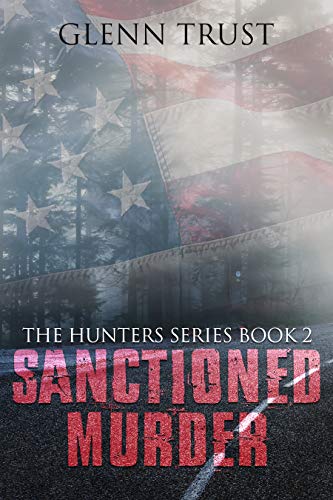 about this book: Sanctioned Murder is a political conspiracy thriller that rises above party politics and focuses on the abuse of power by politicians, irrespective of party. The book explores the obsession with, and abuse of, power by a political aristocracy that is determined to remain in office. United across party lines, they will go to any lengths, including murder, to retain their power.

As a political independent constitutionalist, I wondered what would happen if there was a movement among the people to return to a citizen government, to eliminate the political aristocracy we have created. In the book, this becomes the "Vote Them Out" movement. Sanctioned Murder took on a life of its own as the characters began dealing with the movement and determining how they would remain in power.

I wanted to make this part of The Hunters series and had to work some in resolving plot details so that the story had a national setting but retained its local, southern, Georgia flavor.

Of my seven novels, and the eighth one currently in progress, Sanctioned Murder was the most challenging and intricate from a plotting standpoint. The intricacies, however, gave me the opportunity to introduce some new characters and broaden future story lines.

The cover was my creation and took a number of attempts to get it right.

Hope you enjoy the novel. I greatly appreciate the time readers spend with me in my work. I know there are other things you could be doing, so it is an honor to have you as a reader.