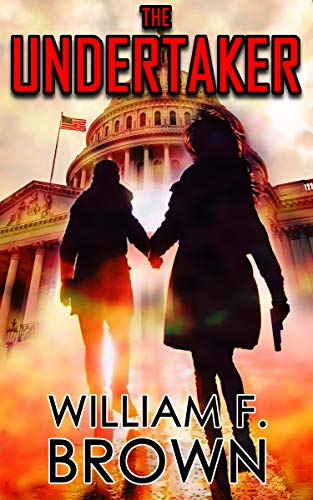 about this book: The only things that thrive in dark places are good mushrooms and bad government. Pete Talbott began to figure that out when a Mafia hit-man shoved a .45 in his face and made him read his own obituary, ripped from the morning's newspaper. Someone is planting bodies under other people's names, Talbott included, and he isn't the kind of guy who knows how to leave well-enough-alone. Complete with car chases, footraces across the Dan Ryan Expressway in rush hour, computer hi-jinks, basement embalming tables, and snipers in a New York City park, the action is non-stop. From the cornfields of Ohio to the gritty south-side slums of Chicago, the bloody kitchen of a Back-Bay townhouse in Boston, the wooded sidewalks of Washington Square in Lower Manhattan, and the power corridors of the Nation's Capital itself, Talbott is on the trail of the Undertaker. Helping him out, and not by choice, is his quirky new girlfriend Sandy Kazmarek, who has an advanced degree in hot-wiring cars, karate, and making phony ID's at a Catholic girl's school. Chased by an army of Chicago cops, Mafia gunmen, thick-skulled County Sheriffs, and pin-striped lawyers in government-gray sedans, Pete and Sandy find themselves on the run in the back of semi-trailer trucks, on motorcycles, in subway trains, stolen cars, and airplanes, trying to dodge a four-state Police manhunt,. But if they can't find out who is buried in a string of graves back in Ohio and what happened to a gaggle of missing Federal witnesses, he and Sandy will be next on the Undertaker's list.