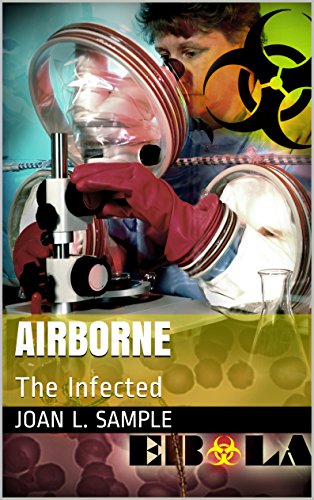 about this book: With Ebola in the forefront of the news since its Outbreak in 2014, People are more cautious when they travel some travel has been banned. People arriving from trips overseas are being check for symptoms of Ebola at the airports. Doctors' offices in areas where Ebola was once never heard of now have posters notifying people of the signs and symptoms of the infection. Many that have never thought of this deadly disease have become aware that no matter where you live, Ebola can reach you!

Airborne the infected gives readers a new look at this lethal virus... the Ebola virus has a new role. It is now an assigned assassin, sent as retribution for the sins of mankind. Ebola has been called into existence to target and kill specific individuals. Anyone in contract with the infected isn't spared.

Its devastation knows no bounds, and nothing is safe in its path. Worst of all Ebola is now Airborne spreading like the common cold. With this in mind you better hope you're not on Ebola's death list!