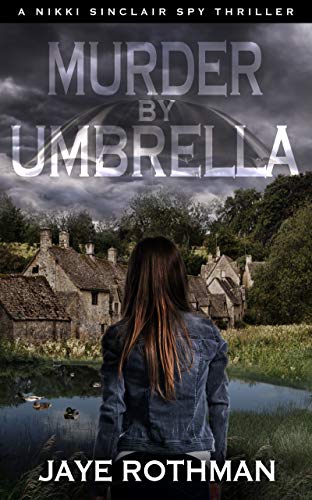 about this book: When two scientists, both Soviet defectors, are murdered, Agent Nikki Sinclair is tasked by MI6 with hunting down their killer.

Aided by the beautiful CJ, Nikki's investigation takes her into the heart of a top-secret weapons facility concealed in the British countryside – and into unspeakable danger.

From the acclaimed author of The Hell of Osirak comes Murder by Umbrella, a rapid-fire spy thriller that dives deep into the murky underworld of the Cold War, international intrigue and forbidden love.

I wanted to recapture the late 1970's in England, which is so different to today's village life in England. I have fond memories of Sussex, so I decided to set the book near Pagham, (the village is made up), and what if there was a secret weapons facility sited in the heart of the English countryside?