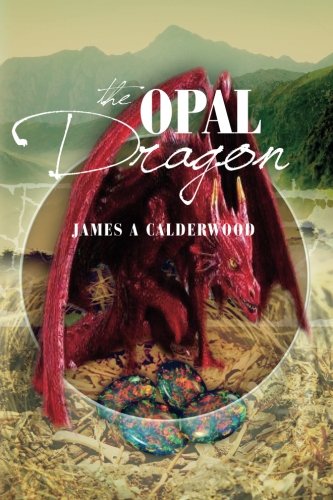 Book: The Opal Dragon by James A. Calderwod

about this book: This book has been written with the help of a South Australian movie producer. He read my first book Opal Eggs Of Fire and liked it, but! He wanted a huge rewrite to promote one of the local heads of a gang of thieves in the Coober Pedy Opal mining community. I had already started a book on this guy starting him in the Philippines where he works the town market. Ali the Dragon commits his first crime stealing a bag of gold and jewels. He leaves town as the old jeweler recognized him He moves to the mountains with his aunt Life is good. A band of terrorists hit the town and kill his aunt.Ali kills the young terrorist but is badly wounded. He returns to his home town grossly disfigured from a slashed face. He and his mother move to Manila. Ali can not help it he gets involved in the drug trade. The easy money comes to the attention of one of the heads of a drug cartel. Emilio puts a contract on Ali's life. Ali leaves town. But the cartel is going to kill his mother if he does not return. Ali contrives a very cunning plan to kill Emilio on the way home from church one Sunday. He burns Emilio in his car. This starts a drug war between different drug families .. He and his mother leave for Australia where he gets tied up in the opal business, he buys the stolen opal. The book is written in a Bryce Courtney style of two lots of characters crossing paths through the Australian part of the book The Movie producer is showing the book around to people in the trade as it has been 60 years since a movie has been made about this subject. He describes the book as a big gutsy story.