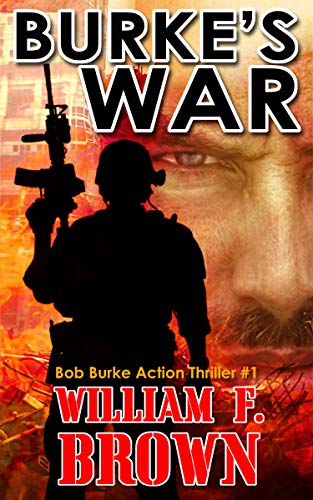 about this book: Welcome to 'American Sniper' meets 'The Godfather' or 'Bob Lee Swagger' takes on the Gambinos. If you've ever flown commercial in a window seat of a commercial airliner as it comes in to land, you know what it's like to look down at the buildings passing below, like a 200 mph voyeur, and look into other people's lives. But what if, half-awake, you glance down and see a murder taking place on one of the rooftops, seconds before it passes out of view? You or I might not know what to do about it, much less be believed; but we aren't Bob Burke. By refusing to go away, he quickly finds himself butting heads with the Chicago Mob, crooked suburban cops, a zealous US Attorney, a psychopathic doctor, and even his own vindictive soon-to-be-ex-wife, who is trying to grab control of his company. Slight of build and now a telecommunications company executive, Burke looks like an easy guy to dismiss; but this 'phone guy' is a former Army Ranger and Delta Force commander who spent four tours in Iraq and the rugged mountains of Afghanistan running 'special operations' missions. He and his men were some of the most lethal weapons the US government ever produced. But as the others will readily admit, the little guy the middle of the group photos is the one you don't want to meet in a dark alley. When the bodies start falling, a young woman needs help, and the wrong people start pushing his buttons, long odds don't bother him in the slightest. The combat zone might now be a high-rise office building, tract houses in a suburban subdivision, or a Chicago Forest Preserve park, but they started it and Burke intends to finish it. Besides, if he does need a little backup, he knows just who to call.

If you like good suspense and action novels, put this new fast-moving, new mystery thriller in your Cart. It is from the author of 'The Undertaker,' 'Amongst My Enemies,' 'Thursday at Noon,' "Aim True, My Brothers,' and 'Winner Lose All.' Enjoy!