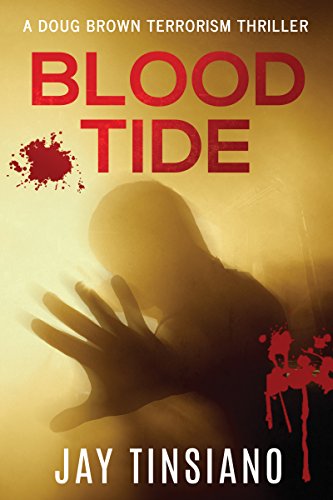 about this book: Still haunted by the deaths of civilians in a 1980's London bombing spree that ripped the capital apart, Detective Inspector Douglas Brown finds his worst fear is realised when deadly foe, Richard Blyth, is released from prison.

Blyth, an ex-military explosives expert, leaves his calling card at Brown's police station in British Hong Kong and once again, the body count begins to mount.

Doug Brown soon finds himself and those around him, in the cross hairs of the mad serial bomber and a deadly game of cat and mouse unfolds.

The concept of Blood Tide was to deliver a fast paced, punchy roller-coaster that keeps the reader on the edge of their seat. It was planned to be a one-off when it comes to the Doug Brown character but who knows? There are plenty of other stories that a British Detective based in Hong Kong could be pulled into.