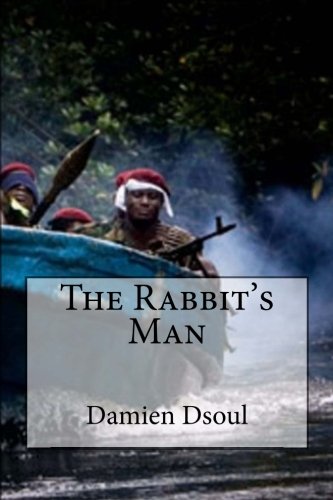 about this book: THE RABBIT'S MAN is a contemporary espionage thriller similar to John LeCarre's 'The Tailor of Panama', and Graham Green's 'Our Man in Havana'. The book's setting takes place in the troubled Nigerian Niger-Delta region. It reveals intimate, enriched detail about that country's history, cultural background as well shady politics that is still driving the country's ruling class. The book as well informs of Nigeria's viewpoint with the outside world, and of how it affects the country's politics.

It is an intriguing cat-and-mouse battle between the Nigerian businessman and former gun-smuggler, Kingsley Azobi, and the corrupt British spy, Lionel Parrish, both of whom are fighting against the background of the militant bandits who seek to wreak havoc in the city.

The story has dynamic themes, one of which involves the result of foreign involvement or shady dealings in an African setting and how it often leads toward further corrupting the populace. Another is the burden of confronting one's past and how it inevitably afflicts the future. Kingsley's character has for years been trying to run from his past, and the shock of it confronting him when the British spy meets with him is overwhelming.