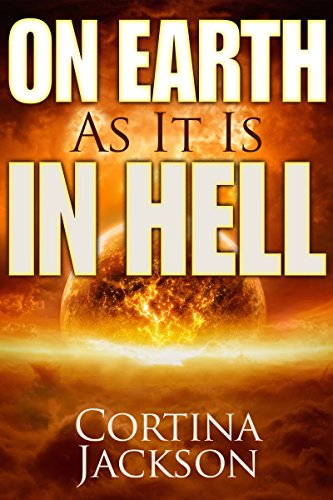 Book: On Earth As It Is In Hell by Cortina Jackson

about this book: The book starts out with a conversation that takes place in Hell. Satan gives orders to demons, imps, and all of the other inhabitants in Hell; directing them to go to Earth through portals that lead directly to homes, schools, police departments, record companies, everywhere; and wreak havoc in the lives of people on Earth. People are already experiencing disappointments, depression, suicide, abuse, job loss; all kinds of turmoil. The assignment, directed by Satan himself, is to go directly to people that can be influenced, so that their souls can be claimed for Hell!

It is a fictional thriller about three characters who experience such tragedies. Their lives are relatable, and their experiences are graphically told. Life is scarier than fiction; the fate of the world is scarier than this!

Video: On Earth As It Is In Hell by Cortina Jackson