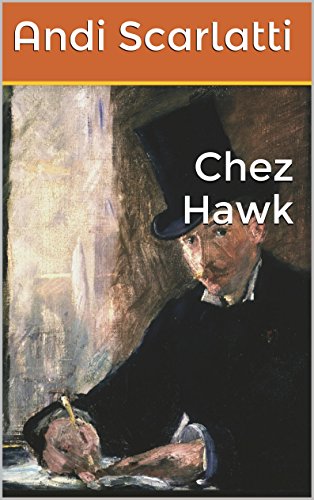 The good news? When you're struggling for control of a multi-dimensional Organized Crime empire, each day presents a new and exciting challenge.

The bad news: Each new day threatens to be your last.

Andi, along with sister Zoe, find it hard to forsake their respective first loves.

Andi penchant for collecting art has her in a dangerous jam.

Commanded by her father to retrieve a stolen masterpiece once taken by Uncle Carlo twenty-five years before, Andi comes up against one of Boston's most notorious and accomplished killers.

No. Not her sister Zoe. But a man who made his bones partnering with Beantown's own Spenser.

Friends close. Enemies closer? But this might turn out to be ridiculous.

Each month, Andi Scarlatti's Clip Art Series will feature a new caper from Organized Crime's most respected art thief. Much like her sister, Zoe, Andi finds it impossible to give up her hobby.

Andi and Zoe's day job? Running one of the world's most respected and feared criminal syndicates. They control all your old time favorites: heroin, prostitution, loan sharking, illegal gambling. But the sisters have forced the Family to branch-out. Money laundering, identity theft, mortgage fraud, even Venture Capital with a Carnivorous Vig.

Both Andi and Zoe are playing a starring role in a business where woman never had a seat at the table. Gender discrimination in the New Millennium can kill. But of course, so can Andi and Zoe.

andiscarlatti@gmail.com
@andiscarlatti www.facebook.com/andi.scarlatti
Please also check out Sister Zoe. @ZoeScarlatti
As it says on her business cards:
Murder. But it's a living.