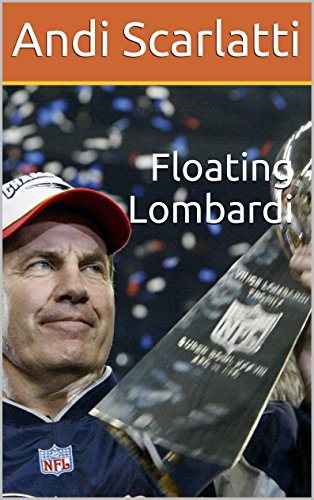 about this book: Floating Lombardi is Episode 1 of Andi Scarlatti's new #ClipArt Series.

Clip Art will feature a new short episode every every month, with some bonus episodes throughout the year.

In Floating Lombardi, Andi is hired to steal one of Tiffany & Co.'s most illustrious creations: the NFL's Lombardi Trophy.

Unlike the NHL, Pro Football does not lend out the league's trophy to drink from, sleep with, or drag along to a strip joint. As the last 18 months has shown us all, the NFL is far to classy for that.

But Tom Brady isn't just any Baller. In a city such as Boston, the term "Great White Hope" gets tossed around liberally. Larry Legend. Bobby Orr. The Freeze-Dried Splinter.

One fan in particular though is not at all pleased the Lombardi will make the return trip to Roger Goodell's once proud offices.

That's why they brought in the Big Guns.

Each month, Andi Scarlatti's Clip Art Series will feature a new caper from Organized Crime's most respected art thief. Much like her sister, Zoe, Andi finds it impossible to give up her hobby.

Andi and Zoe's day job? Running one of the world's most respected and feared criminal syndicates. They control all your old time favorites: heroin, prostitution, loan sharking, illegal gambling. But the sisters have forced the Family to branch-out. Money laundering, identity theft, mortgage fraud, even Venture Capital with a Carnivorous Vig.

Both Andi and Zoe are playing a starring role in a business where woman never had a seat at the table. Gender discrimination in the New Millennium can kill. But of course, so can Andi and Zoe.

andiscarlatti@gmail.com
@andiscarlatti www.facebook.com/andi.scarlatti
Please also check out Sister Zoe. @ZoeScarlatti
As it says on her business cards: Murder. But it's a living.