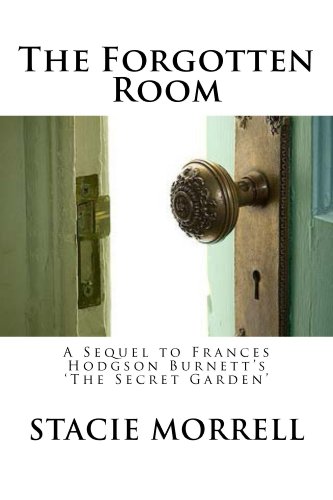 Book: The Forgotten Room - A Sequel to Frances Hodgson Burnett's 'The Secret Garden' by Stacie Morrell

about this book: When I was about eight, my mother read 'The Secret Garden' by Frances Hodgson Burnett to me a few chapters at a time as I lay in bed, entranced. The English moors, the characters, the mystery and tenderness were all perfect. I wanted passionately to go to England and see what Mary saw. I still do. After my mother read it to me, I read it on my own, and have each year since. I will read it to my daughter this year and hope she delights in it as much as I have. I never wanted the book to end, and always wondered what had happened to the characters after 'The Secret Garden' ends.

About fifteen years ago I started dabbling around with ideas about where the story went after the book ends. Then I started writing. I got about half way through the book and a virus struck, wiping it all away. I was devastated, and for a while wallowed in my misery. Then, I began to write again, better and stronger than before. The story had strengthened in those months, flowing out as if from a faucet. Over the years I wrote, tinkered, edited, tinkered, and wrote. Then I let it sit. And sit. And sit some more, until I lost my job and had some time on my hand for the first time in over a decade. It is now a Kindle digital book and a trade paperback book available from CreateSpace.

My current focus is on picture books, but there are sure to be more novels as well. 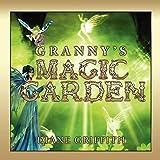