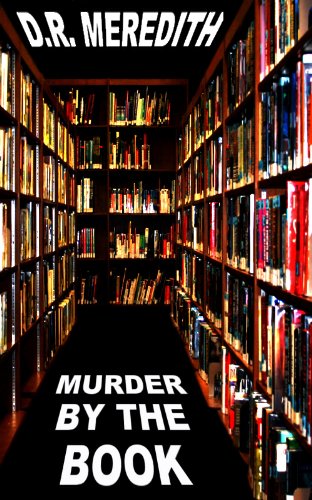 Book: Murder by the Book (The Megan Clark Mysteries) by D.R. Meredith

about this book: With the Texas Panhandle suffering from a severe drought, the waters of White Horse Lake recede to reveal an old Depression-era car. Why had the car been abandoned and what happened to the family who owned it? To Megan Clark, unemployed paleopathologist now working as an assistant librarian at the Amarillo Public Library, these questions arouse her seldom-sleeping curiosity. Determined to find the answers, she asks her fellow members of the mystery discussion group at Time and Again Bookstore to help investigate. To her surprise no one seems interested; in fact, everyone seems determined to ignore the car as if it, the family who owned it, the Great Depression, and Sixth Street's past existence as Route 66 as if they had never existed. When a skeleton is discovered buried behind a false wall in an old laundry, Megan is sure it's connected some way to the abandoned car, and equally sure that now the discussion group will be interested. No, nyet, nada. If anything the group is even more disinterested.

When Megan stumbles over yet another dead body in the ally behind Time and Again Bookstore, this one obviously the victim of a serial killer, Sergeant Schroder of Special Crimes her of being involved. In Schroder's experience no one could discover as many dead bodies over the past year as Megan Clark and not be guilty. To prevent herself from becoming a guest in the Potter County jail charged with murder, Megan must uncover the murderer whose tally of victims keeps rising. In the meantime, Megan is still curious about that old car and the skeleton. In the local retirement home an old lady is also curious, not about the car and the skeleton, but about how long it will take Megan to learn the truth.