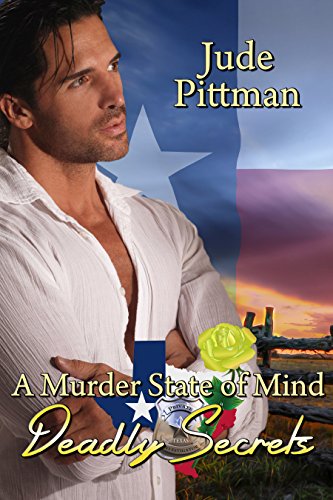 about this book: Deadly Secrets is the first of my Kelly McWinter PI mysteries. I was living in Texas during the 1980s and several events kind of came together to inspire this book. A Houston heiress was searching for her birth mother. At a Fort Worth flea market I saw a woman who appeared to be intoxicated selling trinkets at a run down little stalls, and in the newspaper that day I'd read a story about someone's house being torched by a molitov cocktail. All these events jelled into a story that eventually became the novel Deadly Secrets.

Kelly McWinter was an undercover cop with the Fort Worth police department. His wife was killed when a biker gang torched his house in an attack aimed at Kelly, who wasn't home at the time. Kelly quit the force, retired to the small community of Indian Creek and took a job as a security guard at the local flea market. When an old woman, a long time resident of Indian Creek is murdered and the owner of the Hideaway Bar & Barbecue who has become a good friend of Kelly's is accused of the crime, Kelly is convinced to come out of retirement and track down the killer.

Deadly Secrets is the first of three in this series, followed by Deadly Betrayal and Deadly Consequences.