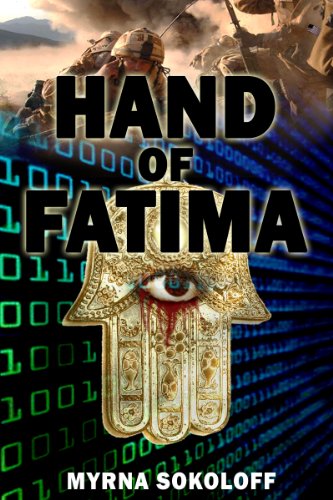 about this book: 'Hand of Fatima' is a fast-paced terrorism thriller, but it is fiction. Benghazi was real.

The deaths in Benghazi in 2012 inspired me to write this story. The deaths in the book are in Afghanistan not Libya. But it was a way of reminding people that politicians faced with tragic deaths, often see it as a political crisis to overcome. The deaths are a tragedy, but for them! They have to get through it for the benefit of their career.

The families of the dead American heroes in Benghazi will live with the pain forever.

The readers see the complexity of relationships in Washington and the cold calculations that take place in the face of a crisis. Terrorist relationships are complex also and they changed as I was writing the story especially in Egypt!

I remind the readers that the families mourning the dead try to make sense of the senseless when they are lied to by the government.

I believed the NSA was listening to everything, but I never heard of Edward Snowden when I started writing it.

In 'Hand of Fatima' a group of patriots try to find the truth and uncover a larger plot that puts the country at risk. With all of the powerful forces against them, they finally beat them at their own game...with a game!