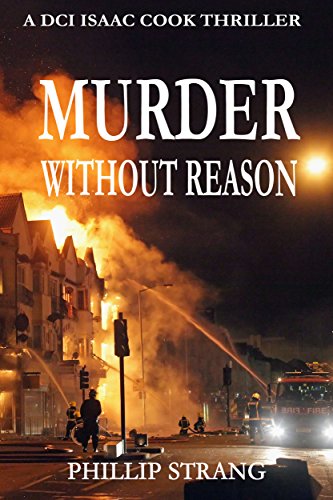 about this book: Two government analysts are presented with a conundrum. The Islamic State is creating chaos in England with a concerted bombing campaign. The current Prime Minister, Clifford Bell cannot resolve the situation.

Do they allow his assassination to continue or do they let him live? His deputy will take his position, and she will declare war and fight back. She is the only hope, but to condone an assassination. There are no options; they know what they must do.

A nuclear-powered submarine has been lost. A cathedral prevented from destruction at the last minute. Shopping centres and churches throughout the length of England subjected to random attacks, patrons at public houses enjoying a quite night's drink slaughtered.

The Master, the head of the Islamic State in England is orchestrating the attacks. Durrani, the bomb maker, is giving him the weapons of destruction. Shafi, the murderer and drug dealer is out on the street aiming to infiltrate the Islamic State, and the Master's daughter, the beautiful Sara, seduces her future husband, and forces him to sabotage his submarine after she has inadvertently fallen in love with him.

The lead policeman, DCI Isaac Cook of Jamaican heritage and Anne Argento, the Deputy Prime Minister are heading towards a romantic entanglement where their professional proprieties conflict with their personal feelings.