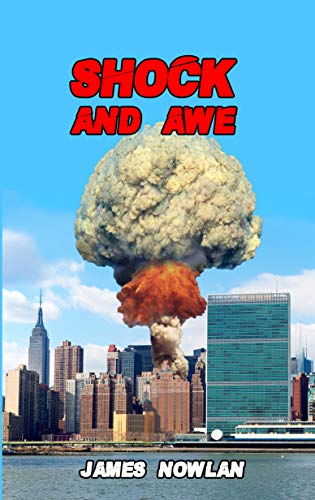 about this book: America is at war, or more particularly wars. Class wars, religious wars, social wars, might be at the point of tearing the country apart. This inner conflict might be at make the nation vulnerable to attacks that could ultimately destroy it. All these people fighting each other for whatever it is they believe in don't seem to have ever thought that "Hey! Boom!" and then it's all over and there's nothing left to fight for. "Shock and Awe that's what people are going to be feeling. 911 could happen again but a thousand times bigger. A mushroom cloud blooming in the sky over Manhattan and then it's all over for the USA. It's not a matter of deserving because I don't believe in right and wrong anymore. What happens is just what happens. When I was working as a security guard in the housing projects around Paris I got to know the world where law, order, and decent society don't exist anymore. I once had to stop a drug dealer from putting a cigarette out on a baby's face. I often wonder how the world even keeps on spinning. There's just so much hatred. What's keeping it from just blowing to pieces?