about this book: As a child I was fascinated by stories of the crusades and knights. But it was as an adult that I fell in love with the Templar knights. It was when I was working as a screenwriter that the idea of writing a movie about the destruction of the order occurred to me. Diagnosis of Primary Progressive Multiple Sclerosis ended my career and I chose to explore another avenue and attended university as a mature student to study Writing Contemporary Fiction. On leaving my studies I decided to become a novelist.

Nearly ten years of research finally gave me the idea of adapting the true story of the destruction of the order into a contemporary thriller unlike anything anyone has ever read. Templar, Call to Arms is the first part in my Templar Trilogy and I always had the intention to write something modern, thought provoking and original. Setting the death of the Templars in our modern world seemed exciting and natural. My book will appeal to both the young and the old, lovers of history and anyone interested in alternate history novels.

This first book took me nearly a year to write and the cover I designed was created to invoke a sense of intrigue and wonderment in the reader. Writing a contemporary thriller was far from easy and I have used various literary methods to help, that add a whole new element to the book. Writing this, my first proper novel, taught me a great deal about the process of writing and literary interpretation. I hope that it is enjoyed by all and early reports have been very good and encouraging. Get ready for part two. 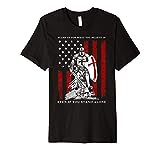 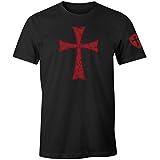