Book: Howl of the Wolf (Heirs to the Throne - Book 1) by Diane Rapp

about this book: Has your dog ever stared into your eyes unblinking, focused so intently that you're sure he (or she) is trying to tell you something important? My German Shepherd, Kriegen did that. Sometimes he'd add a chin lift to emphasize the message. The best way he communicated was the "stare-shift." He'd stare until I noticed, and then he'd shift his gaze to his dog bowl and quickly shift back to me. Sometimes it took several stare-shifts to make me understand the message, "Feed me you fool." Finally my dense human mind understood what he communicated. He was a very patient dog but trained me to pay attention.

I asked the question: What if dogs are telepathic and we stupid humans just can't hear what they're saying? The idea nagged me until I made it true. What? I can't wave a magic wand and create telepathic dogs. As an author my computer becomes a magic wand. I imagined a whole world (Drako) where dogs (in the form of wolves) are a telepathic species waiting for dumb humans to hear them mind-speak. When telepathic humans arrive from space, the wolves finally communicate. Cool. My wish was granted. Now I visit Kriegen in the Heirs to the Throne trilogy. The first books of the series is HOWL OF THE WOLF.

The planet Drako was developed as a recreation planet where the inhabitants lived in a feudal kingdom as knights, kings, peasants, samurai, and desert pashas (depending on their level of investment). Eventually they tired of tourists and closed the planet to off world visitors. Distaste for technology evolved into superstitious fear. Centuries passed. When the crew of the medical space ship Zebulon escapes from a death sentence imposed by the Institute, Captain Donovan must protect his people. The ships lands on Drako where the dying king forces Donovan to compete for the crown. He meets an unusual ally--a telepathic wolf named Kriegen. The ships' crew developed "special abilities" from centuries of transferring their minds into clones. An evil man (who has the ability of mind control)infiltrated the crew with orders to kill. Can the wolves help protect Donovan's people? Can Donovan win the crown and build a safe place to raise a family with his lover Krystal? 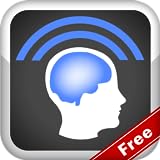