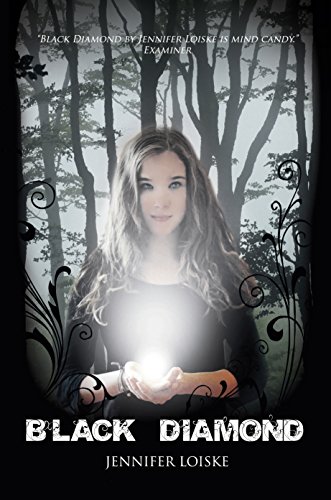 about this book: Black Diamond is a paranormal story for age 12 and up readers. It is a story of survival as much as a story about finding yourself in the darkest times.

Shannon has suddenly lost her mother and has to move to live with her father, whom she has not seen since she was a baby. But a lot has changed since. If her father ever was a kind, loving man, he's far from it now. He has given in to the darkness so deep that it will need a miracle to save him. A miracle that Shannon is supposed to deliver. But how can one deliver a miracle if she doesn't believe in it?

With a little help from someone Shannon didn't even know exists she discovers powers beyond her imagination and starts a breathtaking run against the time. But can she win before it's too late? And if she wins will the prize be too high and does it mean she has to sacrifice everything she has ever believed in in order to save the ones she love?

A story about Black Diamond started from a birthday party invitation to England's countryside. The minute I Googled the party venue and saw the pictures, my fingers started to tickle and I had to start writing. Endless green fields, old dry-stone walls, mysterious woods, huge stone manors… I lost my heart to Burford long before I actually visited it and I knew the idea of young witches and demons would haunt me until I'd give in and put it on the paper. However the story needed a lot of background research so before it was ready to be published I had to learn a lot about spells, ancient ways of magic and yes, even a bit of the history of witchcraft. I've always been interested in them so it was a fun work but in the same time quite time-consuming as there was so much material to go through before I had picked the ones I wanted to include to the story.

Black Diamond is a first part of McLean Twins Series and I'm actually writing the second part, Demon's Touch, as we speak. Demon's Touch will be available in late summer 2014.