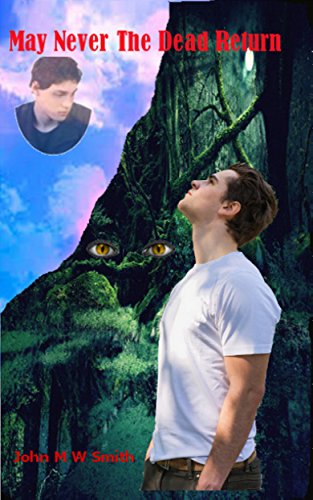 about this book: This is the first Matt Black story. Matt is a teenager whose life is beset by tragedy. To escape from the horrors of a complete mental breakdown, he finds himself descending into an imaginary world. However, a good part of Matt's brain is razor-sharp and is operating with crystal-clear clarity, and he is constantly reassessing himself in the face of his heavily depressed mental state. The problem is that certain events are taking place in the real world around him which are having an effect on his family and their community. And these events have merged with the alternative reality which Matt inhabits. So he is always trying to separate what he thinks is real from that which may not be so. Is the voice that he is hearing in his head real? Or is it a manifestation of some sort of mental breakdown? To find out, why don't you come with him, on his journey through a series of bizarre events, to find out the truth. For it is during these events that Matt must decide how to separate reality from fantasy, right from wrong, how to remain loyal and brave, how to follow his own heart and mind, no matter what people around him may be saying or doing. Whatever the consequences, Matt has to find out the truth about just what the heck is going on, and then face up to whatever the future may hold for him.

All too often, people forget the enormous pressures acting upon teenagers in the modern world that we live in. They are expected to grow up fast, learn fast, and become adults far too quickly, often with little praise and much criticism from their elders. Even now, in this liberal age that we live in, grown-ups are hesitant to tell the truth about anything which they think might upset a younger generation for whom they care. Is this wise? Most certainly not. Because all too often it is the younger people who are much more grown up than the grown-ups!