about this book: How did I come up with the idea that a car could run on water?

The genesis behind Chasing Hindy came from a surprising source—a hypnotist. When I was in high school, we had an assembly where a hypnotist put a group of volunteers under hypnosis. One of the questions he asked them was what would be the fuel of the future. What fuel would people pump into their tank? Almost without exception they all said, "water!" The hypnotist then told the audience that every time he asked that question he received the same answer.

That was several decades ago, but I've always wondered whether that could possibly be true—and why all these people thought we'd all be driving cars that used water. In the following years, I realized that a car wouldn't run on water per se, but from hydrogen that is extracted from water. The question, of course, is that if we know how to produce hydrogen, why aren't there hydrogen cars? The answer is quite simple. As an engineer and patent attorney I know the science behind extracting hydrogen from water. The problem is that it takes more energy to do this than to just run a car on gasoline, or even electricity.

But what if somebody invented a way to make it happen? That's the germ of an idea that led to Chasing Hindy. 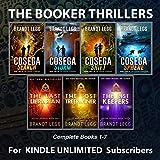