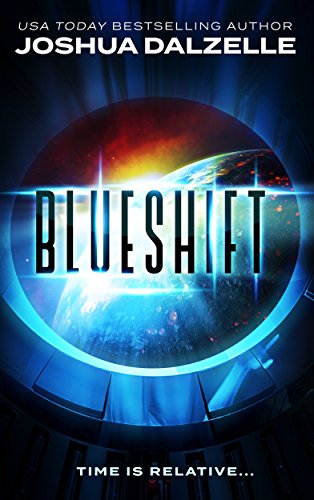 about this book: If you could be the first to lay eyes upon a planet orbiting a distant star, would you go?

When the members of Project Polaris first boarded the spacecraft, Daedalus, and left the Solar System to explore the planets orbiting a distant star, they thought the answer to that question was simple: yes.

Just over eight hundred years later, Daedalus is returning and the crew knows immediately that something is wrong. They knew that Earth and humanity would be changed while they were away, but as they approach the planet there are no broadcast greetings, not even transmission asking who they were.

Mission Commander Markus Brentwood must now race to discover what has happened to their homeworld while he struggles to keep the crew from falling to pieces.

Blueshift is a story that's been rattling around in one form or another for the better part of ten years. After I finished the last book in the Expansion Wars Trilogy in late-2017 I committed to dusting it off and completing it before tackling any other projects in 2018. After publishing 15 military sci-fi books consecutively it was fun to delve into a pure thriller and get to focus the story wholly on the crew and their dynamic during times of extreme stress. Using time dilation and suspended animation as a method of telling a time travel story kept things grounded in what we know *could* work and I feel gives the story a grittier feel than others in the sub-genre.