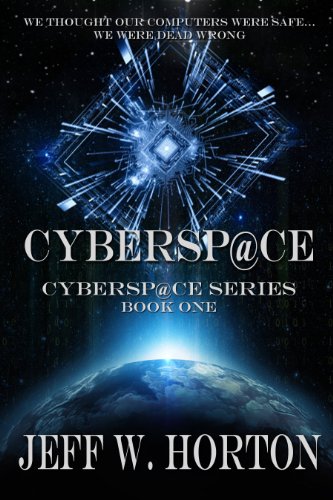 about this book: Cybersp@ce is a novel that contains elements that are very applicable to our world today. In Cybersp@ce, cyber-warfare is used as a tool by many different entities for a number of different reasons. Hackers and nation states alike seek to penetrate government systems, looking to steal data. In some cases, hackers and nation states, and in some cases terrorists are looking to actually cause harm or damage to a country's infrastructure, as is the case with Cybersp@ce. In Cybersp@ce, the infrastructure of the United States is compromised by a cyber-attack, and over 100,000 people lost their lives. This may seem far-fetch, but in reality it is not. As seen in an episodes of 24 a few years ago, when terrorists seized control of nuclear power plants, if such plants are compromised, and the reactors allowed to melt down, the number of deaths in a heavily populated metropolitan area like New York (as in the novel), a high casualty rate is not only possible, but likely.

Another troubling aspect of cyber-warfare that is rarely mentioned in the press is that, as in the story Cybersp@ce, cyber-warfare can all-too quickly escalate into all-out warfare, with men, missiles, and nuclear weapons.

I hope you enjoy reading the novel, and hopefully one day soon watching the movie Cybersp@ce.