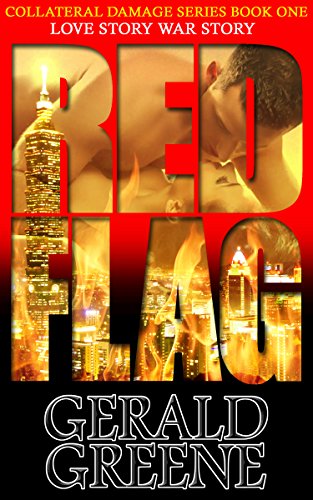 about this book: What would you do if you traveled overseas to take part in a wedding and became trapped in a war zone?

Follow Gloria and Alex as their relationship is tested and forged by the horrors of war. The Collateral Damage series follows the young lovers as their lives are damaged by war as are the lives of so many innocent people.

This book is unique as the war is seen from different POVs on both sides of the conflict. Wars are not one big battle. They are made of many individual actions at different locations. The Collateral Damage series examines how these actions affect the lives of so many people, civilians and military.

This series required a good bit of research into the awful weapons of modern warfare. A lot has changed since my time in Vietnam during the Vietnam War. Weapons systems are more frightening and more deadly than ever. One thing that never changes is romance. Romance and love can grow and become stronger under the most severe conditions.

Collateral Damage balances the horror of war with a love story. Would you give your life to save another? Gloria and Alex would.