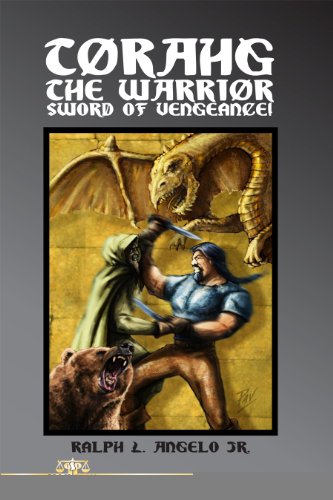 about this book: In a land before recorded time, a young prince, naive in the ways of the world and trusting in what his life will look like and always be, is suddenly thrust into a life of exile and condemned for a murder he did not commit. The murder of his very own father.

For twenty long years the innocent youth would wander the world with his mentor by his side. No longer the innocent of old, a hardened warrior, who would ratehr strike first and ask questions later now emerges. A giant of a man, standing six feet eight inches tall and weighing two hundred eighty five pounds of solid muscle, Torahg the warrior made a life as a sell sword and mercenary, until the day he was given the opportunity to return to his former kingdom. The kingdom now run into the ground by his brother, the very man who orchestrated their fathers demise.

For twenty long years this barbaric warrior has existed in a crucible, now that crucible has forged a weapon of vengeance, existing and focused on one thing and one thing only, vengeance!

Torahg the warrior will build an army and return to the land of his birth to either reclaim it or die trying!

He is now and forever,
Torahg the Warrior, Sword of Vengeance!