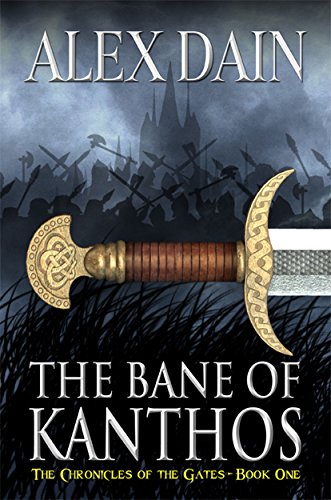 Book: The Bane of Kanthos (The Chronicles of the Gates) by Alex Dain

about this book: Bane of Kanthos was first published as an ACE Double paperback in 1969. It's from a genre that back then was called "Sword and Sorcery". I still like that name, and that's what the book is--a fantasy of an alternate world where sorcery is real, perhaps aided by a mysterious ancient science, where heroes fight with swords and medieval weapons, where kings and princesses and monsters populate a world of high mountains, grass swept plains, citadels and castles, desolate wastelands and ruined cities.

This release is true to the original and is mostly the same. I edited, added just a bit, and smoothed it out, but it is the same story. It's meant to be the first in a series, The Chronicles of the Gates.

The original cover was a masterpiece by Gray Morrow. The new cover is equally awesome, by Neil jackson. If you go to the Alex Dain Amazon author page: http://www.amazon.com/author/alexdain
You can see the original there. This is a book for folks who enjoy action fantasy. It is suitable for young adults, but was written for adults. I hope you take a look and I hope you enjoy it. 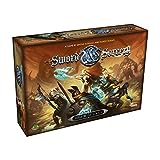