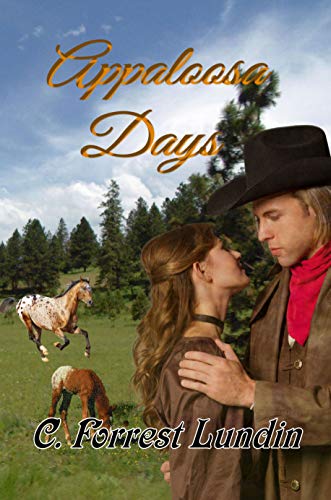 about this book: Lou has an older sister! Half-sister, but a sister. With a broken leg, her father can't leave Cove, Oregon to get her. The girl is in big trouble with her ma dead and a sick uncle. She always wanted to see something other than the small world she's in. Lou talks her parents into allowing her to go after the girl with her adopted brother's help. Lou has a hidden agenda. It's about time Abner noticed her and she'll use the lengthy trip to make it happen.

What will the girl from the Texas ranch think of their orchard and Appaloosa breeding operation? Lou hopes she won't be too uppity. Then there's the other little thing, Lou's parents never married until the day her father found out his first wife had died. It'll be a tough ride, but the Appys are up to the challenge. Is Lou?

Joyce is desperate for her father to rescue her. Has she gone from bad to worse? The place her aunt put her to hide out is horrid. The man abuses his wife.

The gambler wants to move on to Denver. The card game he hopes to rebuild his stake with may well be the end of him.