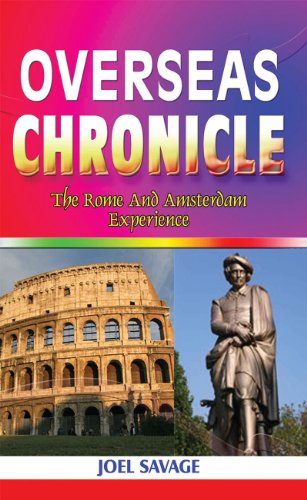 about this book: Things fall apart. The magnitude of corruption, poverty, war and ethnic conflicts is heavy. Just yesterday, he was in the blazing sun in Africa. Within some few hours, the Whiteman's modern technology aeroplane has flown him to Europe, sleeping in the extreme cold at Rome's central train station and an abandoned ex-pasta factory.

Among friends, he witnesses the sexual abuse of young boys at the Catholic mission houses by the Roman priests and the stealing of money from the letters of immigrants which passed through the office of the "Caritas"-Charity. Racism was bitter and degrading. The fight to get documented was tough. Many stayed and others left.

He made it to Amsterdam, thinking it was paradise. He realised he has jumped from frying pan into an opened fire. The country's hard immigration policies and liberal laws on drugs have taken its toll on teenagers and adults, including illegal immigrants as drug addicts and junkies without emotions or care, because it sustains the tourism industry.

Eager to get documented, he made a wrong move, taking him behind bars. Many stories have been written about illegal immigrants but none can be compared to this suspenseful thrilling epic tale inspired by true events. Overseas Chronicle-The Rome and Amsterdam Experience, is a book of pain, sorrow and emotions written with passion.

• The Author
Joel Savage was born at Cape Coast, in the Central Region of Ghana, on January 19, 1957. He had his secondary school education at both Ebenezer Secondary School and Accra High School in Accra, Ghana. In 1985 whilst living and working in Sierra Leone, he naturalised and also naturalised as a Belgium national in 2008.

In his lifetime, he was much influenced by his father, who was a veteran journalist. After secondary school, he studied at the Ghana Institute of Journalism in Accra to acquire more experience and writing skills. As a freelance writer, Joel wrote feature articles for the Daily Graphic, the Ghanaian Times, and the Weekly Spectator in Accra for a certain period.

He is now a prolific writer and an accredited card holding member of "Vlaamse Journalisten Vereniging" (Flemish Journalists Association) in Belgium. He lives in Antwerp, Belgium with his wife and three children where he freelances for newspapers, magazines, and television.