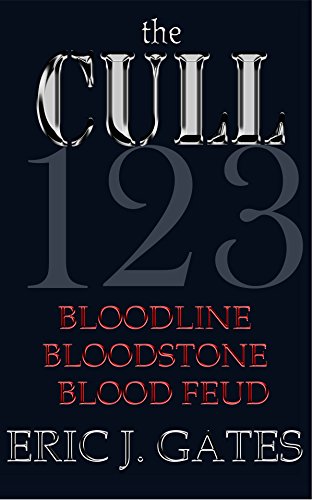 about this book: Originally, when I wrote 'the CULL', I had intended it to be a one-off suspense thriller with a touch of the paranormal.

You, the readers, had other ideas! You sent me a stack of emails asking for more!

Never one to ignore my readers, I immediately got cracking. So far there are three books in the series, presented here as a set for the first time.

This 'the CULL - Blood Box' contains unabridged copies of the first three books in the series - over 1000 pages at a special price, so you save money too as you become immersed in the adrenaline-fueled adventures of Federal Agents Amy Bree and Katie Lindon as they traverse three continents to resolve an ancient cospiracy mystery.

What are others saying about the series?

• "Confident, tough as nails and action packed! ...weaves an incredibly fast paced and detailed plot that reads like an action movie Jason Bourne would be envious of."

• "He's taken a familiar theme, the vampire novel, and given it a good shake. What emerges is something fresh and vibrant. It's a fusion of hard-nosed techno thriller with a paranormal twist, almost a new genre. He keeps the story just the right side of believable, making you wonder if he knows something the majority don't."

• "Solid characters, even liked the bad guys. Believable action. You feel you're right there. Scary."

So what are you waiting for? Discover Eric J. Gates NOW!