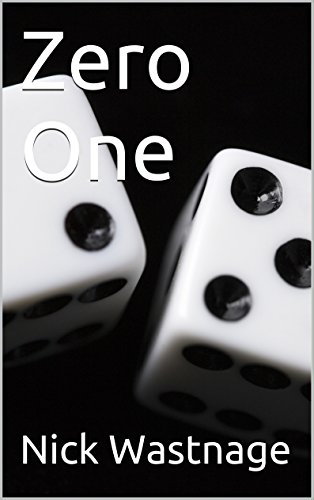 Book: Zero One (The Harry Fingle Collection) by Nick Wastnage

about this book: The truth behind the trilogy, The Harry Fingle Collection.

Zero One is the third and last book.

'For over three years people have wanted me dead. Why, because I expose people who're corrupt, immoral, paedophiles, criminals, and more. I take no prisoners, do no one favours, and dig until I expose the truth. I don't stop until I'm done.' Harry Fingle.

Harry Fingle is an investigative journalist. Working on and off with his ex-lover, Amie, he unearths a conspiracy so shocking it implicates the American and British governments. Harry does what he does best. He charges on, regardless of his own safety and whom he might upset. But then a ruthless Russian assassin is hired to kill him.

At the beginning of Zero One, a man lies close to death on a bed in a hospital emergency ward. He'd been knocked down by a hit and run driver–intent to kill him, according to his friend.

The man is Harry Fingle. He survives and discovers that Zero One is vast criminal organisations whose tentacles reach deep into government and the British establishment, and who are behind the continual efforts to stop him revealing the truth and the multiple attempts on his life. Harry discoverers the man who controls it all: an influential, powerful figure, a mover and shaker, and high up in British officialdom.

Harry's on-off love affair with his loyal ex-lover of seven years, Amie, and the breakout from jail of Harry's nemesis–the feared Russian assassin Grigoriy Nabutov–make for a tense and emotional conclusion to the trilogy.

I wrote Zero On and the second book in The Harry Fingle Collection trilogy–Assassination Continuum–in one year. I was inspired to write the trilogy by the unexplained death of the British spy, Gareth Williams, who was found dead in a bag in his flat in London in 2010. Once I'd created Harry Fingle as my main protagonist, I travelled with him over the four years it took him to expose such a shocking conspiracy.

Much of what takes place in the three books in the trilogy concerns illegal activity by governments and immoral conspiracies within the security services and police departments. It bears a strong resemblance to the real-life Edward Snowden saga.

The title emerged after a brainstorming session I had with a friend–a lengthy process that usually comes up with the right answer.

If you read this book, I hope you'll enjoy it as much as I enjoyed writing it and go on to read the other two books in The Harry Fingle Collection–Playing Harry and Assassination Continuum. You can e-mail me through my website. I'll be interested in your comments and your opinion about Harry. I will reply. Also, if you feel inclined, you could post a review.