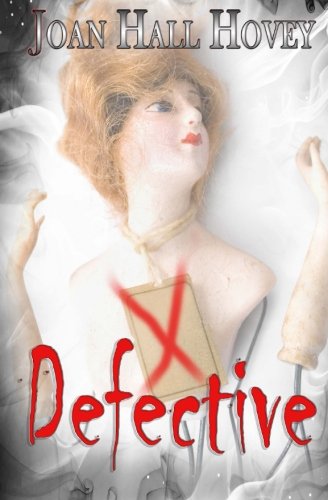 about this book: Things were finally going swimmingly in Melanie Snow's life. She was engaged to a charming, handsome man, doing well in her work as a respected therapist and life was good. And had bought her own home, modest but cozy. Then, one morning on her way to work her car was struck by a dark van and sent out of control. Days later she wakes from a deep coma, totally blind.

Even as she is struggling with her new reality as a blind woman, while determined not to let it destroy her life and threaten her livelihood, she comes to suspect she is being stalked by a man who has already murdered several disabled women in her town. Melanie has good reason to believe she might be next.

• "...emotionally involving... The writing style is polished and enthralling. Three-dimensional characters… kept me on edge to the last page. A superb mystery/suspense novel." — Reviewer, Ruth Hill

• "…suspense that puts her right up there with the likes of Sandford and Patterson..." — Ingrid Taylor for Small Press Review

• "...Alfred Hitchcock and Stephen King come to mind, but JOAN HALL HOVEY is in a Class by herself!…" — J.D. Michael Phelps, Author of My Fugitive, David Janssen