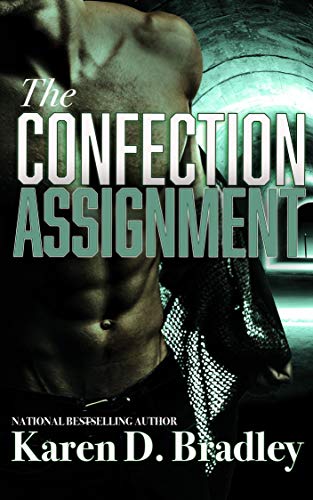 about this book: Mia Jakob is days away from wrapping a security detail that some of her superiors felt were convinced she wouldn't do well. Only forty-eight hours left to ignore the chemistry between her and the handsome client, Calvin and fight the temptation to give into the desire. Her skills are put to the test as highly trained teams make several attempts to steal Calvin's invention. Can she keep them safe and the invention from falling into the wrong hands?

• What inspired you to write this book?
Originally this story was a five-hundred-word short story entitled the Atwood Code that I wrote based on the criteria I saw for a contest. I wanted to challenge myself to see if I could write a complete story in such few words. After I was done, one element I had to figure out and continued to nag me which was what was in the box that would cause people to go to great lengths to steal. Once I thought of it, I began to create the expanded version.

• How did you come up with the title?
The short story originally was a part of the Sugar anthology. The title was change to accompany being a part of the collection. After harassing my family and friends for words related to Sugar trying to create a title that fit. When I read the definitions of confection, one of them fit. So the Confection Assignment was born.

• What was the hardest part of writing your book?
The hardest part was trying to building a solid romance into a short suspense story. The original version, the couple was already married. In order to participate in the Sugar Anthology, I had to separate and build their relationship into the story without slowing down the momentum.