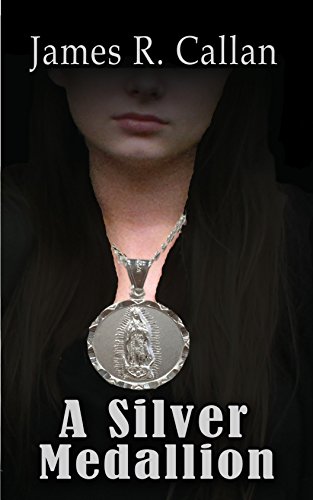 Once I read a L.A. Times story on a woman being held a virtual slave by virtue of threats to her family back in Viet Nam, I knew I'd write a book on this subject. But it would have to be fiction - the truth was too heavy and I was certain I would never be able to finish such a book.

Crystal Moore learns that Lucita is a virtual slave in Dallas, held not by chains, but by threats to kill her two young daughters left behind in Mexico. When Lucita's husband died, she could not provide the bare necessities for her children. Along came Jose Rodriquez who offered her a chance to make "big Yankee Dollars." Jose would arrange for a job in Texas and pay for her transportation. In addition, he would take care of the children until Lucita could save the $1,500 to pay for the girls travel to Texas. Surely, that could be done in a few months.

But once in Texas, Lucita is given a different story. She will work for Hunter Blackwood and should she leave or even tell anybody of her predicament, her children will be killed. She must stay at his massive house and is paid only a few dollars per month. She will never be able to accumulate the money to bring her children to Texas. And she dare not leave. Others tell her Jose Rodriquez is ruthless and would carry out the threat.

Crystal goes to Blackwood's house to meet Lucita. She comes away believing Lucita's predicament and shaken with her brief conversation with Blackwood. She tries to forget ever hearing about Lucita. But her conscience will not let her. She cannot sleep without hearing children crying for their mother. In her waking hours, Crystal tries to think of some way to help. Authorities are out because Lucita will never admit her situation. And Lucita will never escape while her children are held by Jose.

At last, Crystal realizes if she ever wants to be able to sleep, or even concentrate at work, she must travel to Mexico and rescue the two young girls. Once they are free from Jose, Lucita would be happy to escape from Blackwood.

The only problem with this plan, other than actually rescuing the two girls from a drug lord, is that if she succeeds, mother and daughters will be free and together, but Crystal will have two powerful and ruthless men, one in Texas and one in Mexico, who want Crystal dead. She will need help from mysterious Juan Grande whom she meets in Mexico, plus her street-wise friend Brandi, a former bull rider, and her no nonsense, seventy-six year old grandmother.

"Drawing a plot that seemed to leap from the headlines, he writes with a page turning intensity that will leave the reader satisfied. Crystal Moore is a heroine you can fall in love with." Amazon reviewer Abookanight

A Silver Medallion was named the winner in the East Texas Writers Guild mystery/thriller novel contest, winning over entries from all over the U.S. and several foreign countries