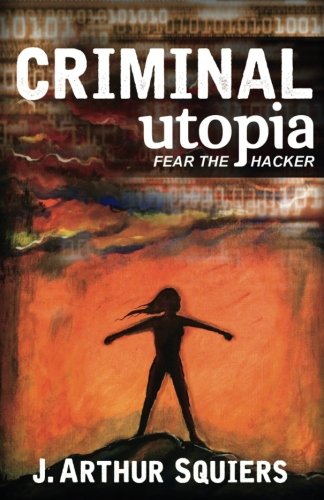 about this book: Criminal Utopia: Fear The Hacker is the gritty, gutsy suspense novel about hackers that I have wanted to create my whole life. I have always been a writer, above all, yet twenty years in the software industry gave me the chops to author a true hacking thriller. This book is the first in a series, as I plan to release a new novel each year. When Fear The Hacker was first released, the frenzy of five star reviews that appeared on Amazon galvanized my resolve to make the Criminal Utopia series my life's work.

As a Minnesota author, I spend a lot of time around shadowy forests, and on deep, murky lakes--that is the inspiration for the mysterious and foreboding mood throughout my stories. The fictional setting of Criminal Utopia is a place called Night Harbor, which is based on Duluth, Minnesota. As a town with a unique mixture of quaint and modern culture, Duluth is famous for its breathtaking rocky landscape along the north shore of Lake Superior.

Prior to writing Criminal Utopia, I released a book called Smartphone Utopia, which is a teaching story about how to better your life using your mobile device. I have also made appearances on The Tom Barnard Show to talk about my books.