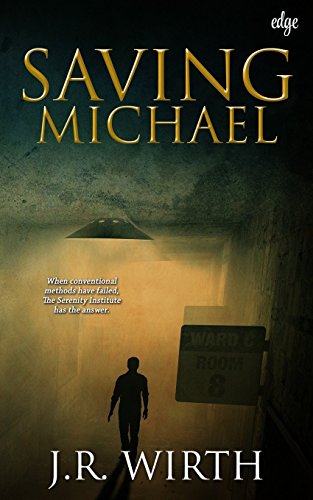 about this book: When a seventeen-year-old high school student's behavior becomes unmanageable, his parents take extreme measures to save him from himself. Michael Rucker is admitted The Serenity Institute for behavioral change. Unbeknownst to his parents, however, the lead scientist is conducting macabre experiments within the institute walls.

The Serenity Institute is hidden within a utopian community of the same name, Serenity Village, where most of the young people have been exposed to the experiments and behave in oddly obedient fashion.

Melissa Jenkins, a high school senior, lives in the secluded community that houses the institute. Her father was one of the founding fathers, and after his death the institute staff took her under their wing, shielding her from the experimental studies. Melissa begins to see the horrors of the institute, and the strangeness of the staff and young people within the community. Meanwhile, Melissa takes a liking to Michael and vows to help him escape, after he is drugged for several days in preparation for two experimental procedures.

Simultaneously, Michael's seventeen-year-old stepbrother, Gabriel Rucker, begins to sense something is very wrong at the institute. He decides to take the five hundred mile trip, along with two lifelong friends, to investigate Michael's bizarre phone conversations.

Gabriel and Melissa have a happenstance meeting, which is love at first sight. Together, Melissa and Gabriel, along with an unlikely group of volunteers, stage a hostile takeover of the institute in order to save Michael from an awful fate.

I believe readers all ages will enjoy Saving Michael. Though the story line is extremely engaging, I think readers will come to admire the likable characters. No matter where you're from, or how old you are, there's a character in Saving Michael that you can relate to. Each character, furthermore, must not only overcome personal issues, but also the familiar, family failings that have greatly contributed.

The hardest part of writing this novel was detailing the surgical procedures, and their effects, in an understandable manner that is engaging and fitting to the story.

The most fun was writing Melissa's dream sequences and writing the characters mostly Aaron.