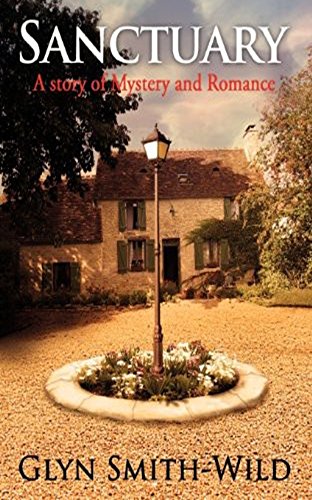 about this book: A lifetime working in finance took an unexpected turn for first time writer Glyn Smith-Wild the day he was involved in a car accident. Finding it hard to move forward from the after effects of the accident it was the encouraging words of a fellow dog walker that led him onto the road to his first book, 'Sanctuary', which is released on 29th May 2012.

Combined with his love of France and a surprising amount of input from the characters in the book, Glyn has created an appealing read for fellow lovers of France with mystery and romance adding to its appeal.

'Writing the book was a new challenge which proved to be an exciting one,' says Glyn. 'Each day the blank page would suddenly fill with the thoughts and feelings of each of the characters, changing the direction of the story at an alarming rate'. Input from the characters themselves was not something I had expected but the daily banter of Ben, Mary, Katie and Grunge soon created the storyline.'

'Sanctuary' tells the story of Ben Coverdale and his decision to start a new life in France after his love-life in England collapses, in itself an intriguing story. However, Ben's life is soon reshaped by events put in place long before his departure to France and their consequences reveal a story of suspense and intrigue. Mary, Katie and Grunge all provide Ben with more problems than he can at times cope with.