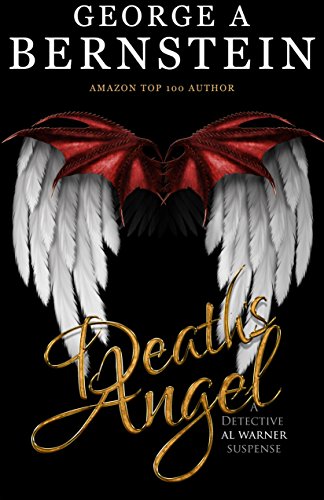 about this book: "Death's Angel" is the first in a series of my new Detective Al Warner suspense novels, a character-driven story… not a police procedural. Warner is a complicated, hard-nosed cop with a strong moral code and a surprising empathy for victims. Something like Patterson's Alex Cross.

Now, the second serial killer in less than a year is prowling the streets of Miami, systematically killing off some of South Florida's most beautiful young women. Al Warner is just back on The Job, fully recovered from a bullet wound that cracked his skull during a deadly chance encounter with another madman.

Warner is in the best shape of his life, but his days are laced with headaches and his sleep fraught with terrifying dreams. Lack of rest clouds his usually laser-sharp mind but doesn't slow his single-minded hunt for this new killer.

Warner and the FBI's fabled BAU become more frustrated as each new death provides plenty of evidence it's the same Unsub, but no new clues to his identity. They learn the killers name, Angie Dedios, and eventually realizes it's really "Angel de Dios"… Spanish for the "Angel of God"… but they are helpless as more beauties dies with no new leads as to this deadly "angel's" real identity. Then Warner's love, Sharon Clark, becomes a target for this mad man, and Warner must stop him before she is his 8th victim. Only chance again brings them all together in one final deadly dance of terror.

The 2nd Al Warner novel is completed and in editing and cover design. It will be published in early 2015, with two more partially written, and plot lines for several others already outlined. I hope my readers will become loyal followers.