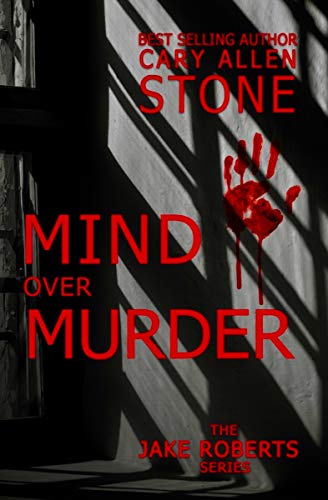 about this book: Non-Stop Suspense and Psychological Thrills! I wasn't sure how Stone was going to follow up the first Jake Roberts novel, particularly when it was such a strong start, but between Lori Powers and this increasingly charming and addictive protagonist, Mind Over Murder more than delivered. There was a certain element of Hannibal Lector meets Sherlock feel to the interactions between characters; everyone wants something, and everyone thinks they are smarter than everyone else. It's amusing and attention holding, but also makes for extremely intense moments of literary brilliance. I think Stone does this best with Lori Powers, who is like an endless onion of unpredictability; every layer you peel back is a new adventure and challenge. Working one's way into the mind of a serial killer is a trying obstacle for many writers, but doing it so well, and doubling the stakes by shaping the plot around a second murderer showed ambition and chutzpah of a much more experienced author. I had a feeling this second book was going to stumble, as so many do, but Stone went above and beyond my expectations and pushed the boundaries of Jake in shocking ways. I can't imagine how he'll handle the next installment. Be prepared for a truly jaw-dropping ending!By Veritas Vincit "Bill"

• "His characters become embedded in our psyches and the pace of his unraveling of his thriller is a ride not easily forgotten. Cary Allen Stone is an important name to watch. This is one superb crime writer!" — Grady Harp, Amazon, November 2014