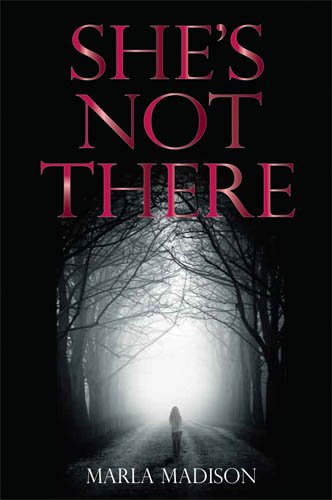 Book: She's Not There by Marla Madison

about this book: The story centers on four people who join forces to prove a killer is targeting abused women.

The main characters are a psychologist and a former cop turned PI, and they are joined by two men whose wives have disappeared. The police have refused to open a case because no bodies have shown up, and look a the disappearances only on an individual basis.

Lisa Rayburn, the psychologist who started the inquiry, finds her life becoming more and more complicated as she not only fights her own personal demons, but soon is immersed in the search for a savage murderer. When a woman who looks remarkably like Lisa is found dead on the property of the estate where the group has been staying, the four of them become determined to find enough evidence to force the police to open a case.

• "The author was able to weave the serial murder mystery in an innocent Midwestern setting. I thoroughly enjoyed this book and have recommended it to many friends."

• "I look forward to reading any other stories by this author. It was a book that you just didn't want to put it down and I can't imagine anyone not liking it."