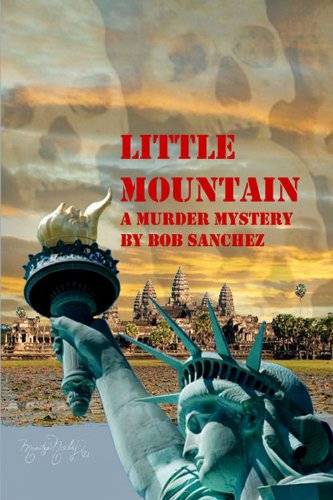 about this book: Little Mountain is a crime novel with an ethnic twist. The protagonist is Sambath Long, a Cambodian refugee who becomes a homicide cop in Lowell, Massachusetts. When another Cambodian is brutally murdered, "Sam" is the lead investigator. The case churns up his own horrible memories of life in a Khmer Rouge work camp. As he gets closer to nailing the criminal, he endangers both himself and his family.

This story is inspired by my personal friendship with and sponsorship of a Cambodian family and bolstered by considerable research to make it as accurate as possible. One day I met a martial arts instructor who told me about the work camp where he'd been, and he called it Little Mountain, so that's the source of my title. For those unfamiliar with the background, the communist Khmer Rouge killed vast numbers of their own people from 1975 until 1979, when the Vietnamese drove them from power. This gave thousands of refugees to escape through the jungles to the relative safety of camps in Thailand. From there, countries such as the United States, Canada, and France allowed them to emigrate. Some Cambodians became citizens of their new countries, and some moved back to Cambodia once it was safe again.

I wrote Little Mountain over the space of about three years, reading chapters at a critique group that provided valuable input.