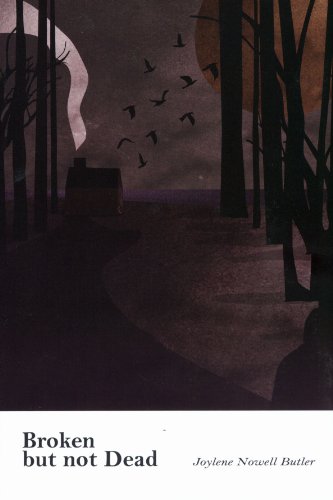 Book: Broken But Not Dead by Joylene Nowell Butler

about this book: Despite an innate distrust of the white political establishment, Professor Brendell Kisepisim Meshango must stop the son of a powerful politician, a madman threatening the life of her daughter and herself. Can she succeed without being destroyed? In Broken But Not Dead, Joylene Nowell Butler has created a character uniquely Canadian, a woman broken by her own fears and prejudices, stalked by a man willing to go to any length to wreck havoc in her life. Why? Simply for the fun of it. Can one woman fight a crazed madman without losing everything?

Broken But Not Dead is the story of a woman who peels away the layers of her brokenness to reach a state of profound understanding and acceptance. It's the story of a mother willing to make the ultimate sacrifice without losing her soul. Broken But Not Dead is a psychological thriller filled with suspense, action, and drama, a story about a terrorized metis woman whose emotions vacillate from strength to hopelessness and back again.

Video: Broken But Not Dead by Joylene Nowell Butler