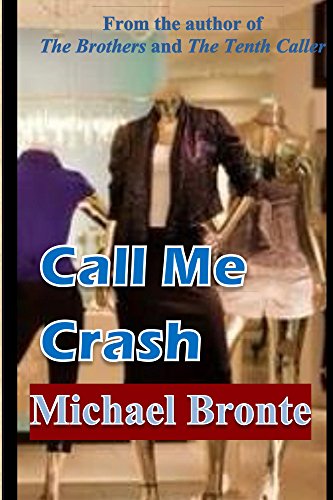 about this book: Who would think that working in a department store could be a life-threatening way to make a living? That's exactly the case in Call Me Crash.

It's 1979, Jimmy Carter is president, and Tom "Crash" Crandall is floor manager at Rosenbloom & Starr where the wives of D.C.'s power brokers shop. There's something terribly wrong with the way the goods are flowing—or to put it a better way, not flowing—into his department. What the heck were those buyers doing up on the seventh floor? Crash has no idea that the problem he's observing is an offshoot of a heinous hostile takeover attempt. CEO Gino Starr is not about to let the ruthless raiders take over the department store empire he built from humble beginnings. The takeover villains stop at nothing to accomplish the takeover, including brutal attacks and grisly murders. What Starr doesn't know is that the takeover attempt is being backed by an international crime syndicate that has infiltrated our own government. Crash is in the wrong place at the wrong time and saves his company from a murderous international syndicate whose tentacles reach into our own government.