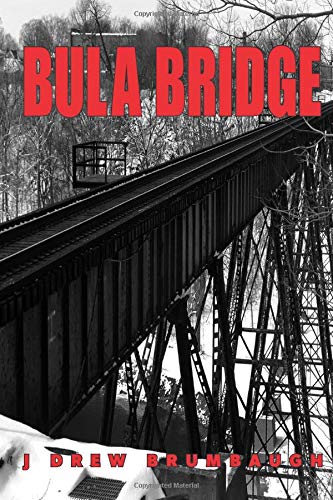 about this book: After readers clamored for more about Tommy, the main character in "War Party," I had to take some time to dream up a suitable plot. At the same time, I felt like his sort-of girlfriend in the first book would become a much more important figure in book 2. While I was mulling over various ideas a friend told me about the railroad disaster in Ashtabula, Ohio over a century ago and thought, there's my plot. Terrorists who want to blow up a railroad bridge and since it was near Christmas, that would be when they'd attack. After over a year working on it "Bula Bridge" finally saw print and now readers want a book 3. So I am back to searching for a plot.

A reader said:
"I had hoped for a second book, so snapped it up when I heard about this one. I enjoyed it as much as the first one, and am very glad to have read it!"