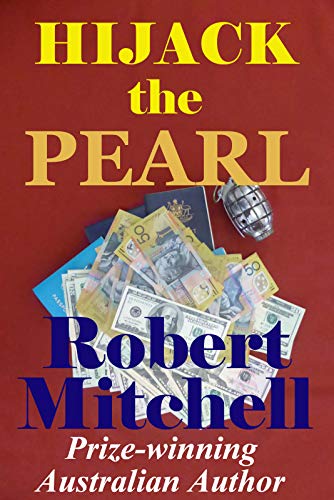 about this book: I have cruised many times and have sometimes included a cruise ship as part of my story-line. I figured it was time to make a cruise ship the focal point of the story. When one sits on the deck of a cruise ship as it pushes itself elegantly through the ocean, whether it be rough water or a dead calm sea, one's imagination starts to kick in. It was in Vanuatu, as my wife and I sat on the beach at Champagne Bay, that the idea of a hijack suddenly kicked in. Why not? How difficult would it be? The taking of the ship would be relatively easy, provided there were enough men and they were well-armed. But how would they get off the ship? And how would they escape the authorities once they were on shore? And how would they collect the ransom? These were the problems facing me and so I worked and worried them until I had the answers, or what I thought might be the answers. I'm not certain that they would solve the problems in real life, but you never know. And then came my biggest hurdle. How do I write a story with ten main characters? How do I keep tabs on them? How do I keep from confusing them, from losing them in that huge ship? It took concentration, and an annotated time-line, and it worked. I am pleased with the result, but my next book will have far fewer characters.