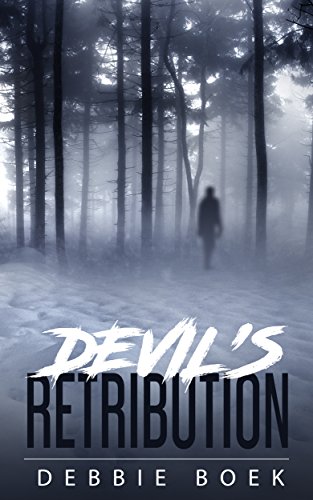 about this book: Devil's Retribution is the second book in the Devereaux Chronicles series. In the first book, Devil's Bait, the Devereaux brothers took on ghosts and demons. In Devil's Retribution, they get snowed in at a ski resort due to a blizzard and have to take on human foes, bootleggers who don't like anyone meddling in their business, and with Bigfoot, a creature, bigger, stronger and smarter than any they have taken on so far. And he is looking for revenge on the brothers and will kill anything in his path that tries to get between him and his prey.

It's a thrilling, suspenseful adventure. Some of the characters from Devil's Bait are back and we also get to meet some new, somewhat quirky characters. There is also human drama as the characters have to come to grips with their various relationships. And, if they survive, they will have to figure out whether or not they can get beyond what has happened in the past and move their relationships forward into the future.

It's a fast-paced, action filled story that you won't want to put down.