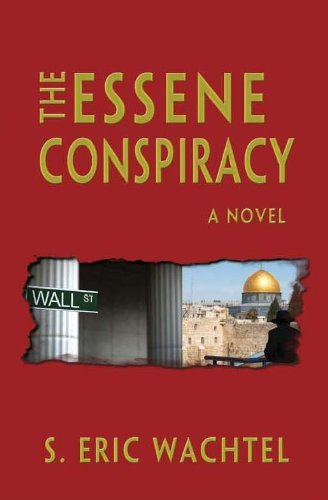 about this book: Authors Note: If you enjoy thrillers with a solid historical base (I did a lot of research before writing this book), The Essene Conspiracy might well appeal to you. “One reviewer said, “Its not too far from the truth.”

Hours after the body of Israel’s finance minister is discovered in an alleyway close to Jerusalem’s Temple Mount, investigators find a barely legible inscription--M. Rubin, USA--scribbled on the back of a blood-stained business card in the shirt pocket of the slain minister.

Suspecting an American link to the brutal murder, the Director of Israeli Intelligence, Ariel Davidov, reaches out to a trusted American friend, security consultant, Harry McClure.

The magnitude and potential consequences of the conspiracy alarms Davidov. Recognizing the radical brotherhood’s plans could trigger a full-scale war between Israel and her Arab neighbors, aided by McClure, he races to organize a preemptive eleventh-hour strategy aimed at thwarting the imminent attack.