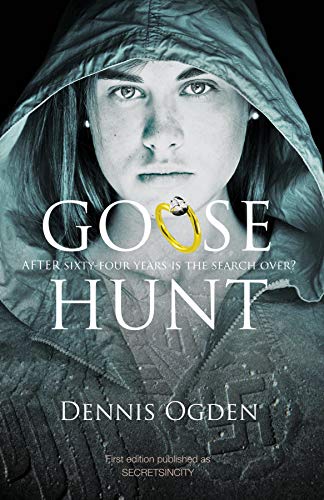 about this book: Getting GOOSE HUNT to this 2017 release stage has been a long process. Research of an idea started in 2007 followed by four years of writing and re-writing. It was first released as SECRETSINCITY in 2012 under my pen name Deray Ogden then revised and re-packages under this new title, my name and fresh new cover.

Despite the revision, the basic story remains the same. A young cast-out girl who passes her time painting graffiti is contacted unknowingly by an ageing holocaust survivor who believes she has the ability to find a treasured object taken from him in the WWII Ghetto Terezín. A string of deceptions follow that includes facing her estranged mother, the corruption surrounding the reclaiming of property taken under Nazis and Soviet occupation, and the rise of the neo-nazi movement.

The idea and inspiration came from a Czech friend who generously guided me around Prague and Terezín on one of my two research trips there.

This story is written in a raw urban style through the eyes of the girl, Briney Rusa. It will appeal to both male and female adult readers with an open mind and a hunger for intrigue and suspense.